The industry saw a 37% decline in oil meals exports, with the current value standing at Rs 5,600 crore. The reason behind the sharp downfall is the reducing overseas shipment of oil meals.

In a recent statement, the Solvent Extractor’s Association of India (SEA) reported that India saw a sharp fall in the export of oil meals by 36% in the last fiscal year. It was 23.73 lakh tonnes in quantity, whose value accounts for about Rs 56,000 crore. Lower sales of soybean meal in the international market have led to a sharp decline in value. SEA also stated to the Business Standard that the overseas sale of oil meals saw a sharp decline to 2,42,043 tonnes in March 2022, compared to the sale in March 2021, which was 3,22,850 tonnes. Sales fell by 25 percent in 2022 compared to 2021.

Farmers stocking up on oil meals is another major factor in the decrease in sales. SEA stated that farmers are holding stocks as they expect prices to rise in the future, as it happened in the previous year. As pers Business standard, this hoarding has caused overly priced soybean meal for exports. Currently, soybean meal has a rate of US$840 per tonne as quoted at the Kandla port.

High competition in the international market

Several of the oil meal-producing countries are selling their produce at a marginal price. The rate of soybean meal exports from India is high as compared to US$574 per tonne from Brazil and US$586 per tonne from Argentina. Due to the high price of soybean meal in the domestic market, India competing for exports seems improbable any time soon.

India is importing more than it is exporting

India has seen a sharp rise in the import of oil meals in the 2022 fiscal year. As there are a lesser amount of oil meals present in the domestic market, India is relying on imports to fulfill its oil meal demands. Since farmers are holding stocks in anticipation of a price hike, it has forced an increase in the import of crude soybean oil. India exported around 2,25,000 tonnes of organic soybean meal to the USA in 2020-21 compared to only 65,000 tonnes in 2021-22.

Soybean oil from India has always had a high demand in the European market due to its non-genetically modified nature. But demand declined, and India exported just 1.2 lakh tonnes in FY22 as compared to 5 lakh tonnes in FY21.

India’s declining oil meal exports have caused a huge dip in overall revenue in the 2022 fiscal year. Reduced exports in the overseas market, farmers holding stocks, and declining demand for oil meals from India are major reasons for the sharp fall. The situation does not seem to get better as long as the prices in the domestic market improve. 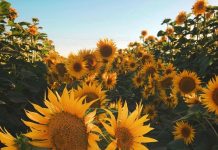 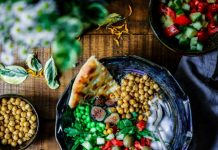 GoKhana raises US$ 1.1 million in a pre-series A round

GoKhana raises US$ 1.1 million in a pre-series A round