Taking the excitement a notch higher, beverage brand Pepsi and the streaming entertainment service Netflix have come together for the first time in India to celebrate the finale of the globally loved series, Money Heist. Ahead of the premiere of Part 1 of the series finale on September 3 on Netflix, Pepsi recently unveiled a limited edition set of golden cans & packs inspired by the iconic series, leading up to the ultimate virtual fan party in October 2021 for all Money Heist fans.

The golden cans and packs will feature iconic elements from the hit series – the ‘Dali mask’ and ‘Bella Ciao’. They will also serve as a golden ticket to the virtual party which will give fans access to exclusive content, bring them closer to their favorite Money Heist characters and celebrate with fans from across the country, and much more.

Pepsi has also launched a high-octane digital film, shot by popular Bollywood director, Ahmed Khan, which features brand ambassador and Bollywood actor, Tiger Shroff.  In a never-before-seen avatar, Tiger is sent on a mission by The Professor to retrieve the missing golden cans and packs. At the end of this action-packed film, Tiger successfully completes the mission and shares details of how consumers can now register for the ultimate virtual fan party by scanning the Pepsi logo.

Commenting on the partnership, Saumya Rathor, Category lead, Pepsi Cola – PepsiCo India said, “Pepsi has always been a culture curator and the choice of the Swag generation. In line with this, we have always endeavored to reach out to our audiences through moments and platforms most relevant to them. Money Heist has garnered a following of its own. The show and the effortless Swag of its characters fit in seamlessly with Pepsi’s brand proposition. We are excited to launch the limited-edition golden cans/packs and the new digital film in the run-up to the biggest virtual fan event.”

“We are thrilled to celebrate the epic fandom of Money Heist and its finale with Pepsi. The upcoming virtual fan party is where all Money Heist fans should be, and to get there, all that’s needed are Pepsi’s golden cans. We can’t wait for this incredible event – a prelude to a befitting farewell to this iconic series”, said Shilpa Singh, director- Marketing Partnerships, Netflix India.

Speaking about the film, Pepsi brand ambassador and Bollywood actor, Tiger Shroff said, “I have been a long-time fan of Netflix’s Money Heist and I love Pepsi. I was thrilled to be a part of this film that had both these elements that I adore. I had a fantastic experience while shooting for it and I hope everyone enjoys watching the action-packed sequence just as much as I enjoyed filming it.”

Ahmed Khan, Bollywood film director said, “I am a huge fan of Netflix’s Money Heist, and directing this film was like a dream project for me. It has all the elements of a blockbuster – Tiger Shroff, a thrilling chase, Pepsi’s swag, and lots of intrigue. I had immense fun directing this film and hope that the fans of Tiger Shroff and Money Heist enjoy Pepsi along with my take on the storyline and its characters.”

The limited-edition Pepsi golden cans and packs come with a special QR code that will give consumers a chance to register for the much-awaited fan party to be hosted on YouTube in October 2021. Fans can also scan the Pepsi logo from anywhere – cans, packs, billboards, and on the internet through the Pepsi India Instagram filter to get their golden ticket.  The limited-edition cans and packs are available across all modern trade outlets and select eCommerce channels till December to mark the final season of Money Heist. 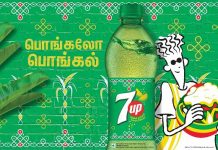 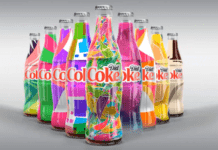