In one of the most unique collaborations of the year, cookie brand Oreo, and the streaming entertainment service, Netflix have come together to celebrate the fandom around the upcoming Season of the global phenomenon, Stranger Things in India. Ahead of the premiere of Part 1 of season 4 on 27 May, Oreo has unveiled its limited-edition flavor, Oreo Red Velvet for Indian consumers.

Over the last decade, the crunchy cookie has found its sweet spot in the lives of consumers through its distinct playful moments. This latest innovation further reinstates the brand’s promise to strengthen its play in the premium biscuits’ category, while deepening the consumer love it enjoys. The launch also marks an iconic moment in the brand’s history -for the first time, in a decade in India, the timeless black Oreo cookie turns red. The campaign conceptualized by the creative agency Leo Burnett, is a character reference to the ‘Upside Down’ world, an alternate dimension and home to many creatures (including the Demogorgon) in the Netflix series, Stranger Things.

Fans got their first hint of this fun collaboration when Oreo responded to Netflix’s social posts titled, ‘ThingsAreGettingStrange,’ with an intriguing digital film signaling ‘ThingsAreGettingStranger’. On a seemingly normal day at Oreo’s factory, we see a rift (portal to the upside-down) open up in the middle of the premises, sucking in stacked boxes of the classic black Oreos. As the camera keeps rolling, the rift throws out Oreo which is now red instead of their original color. With its found-footage format, the film fuses both the brands’ elements in an interesting manner to blend fiction with known reality. The campaign with its never seen storytelling and exciting conversations is already gaining massive traction across platforms amongst fans.

Commenting on the campaign, Sunainika Singh, director of biscuits and Bakes, Marketing, Mondelez India said, “Oreo Red Velvet is a highly exciting concept with our iconic black cookie turning Red for the first time in India. The partnership with Netflix X Stranger Things takes this up a notch higher bringing two pop culture brands together in a very innovative way fusing our distinctive identities during season time. The limited-edition Red Oreos promise to satiate evolving consumer preferences and deliver a unique eating experience.”

Speaking on the collaboration, Shilpa Singh, director of Marketing Partnerships, Netflix India said, “We are thrilled to celebrate the epic fandom of Stranger Things with Oreo. Stranger Things is a global phenomenon. Its nostalgic and sci-fi themes have entertained fans of all ages, and what better way to celebrate its new season than by partnering with a loved brand like Oreo. We hope that the fans enjoy the world of Stranger Things – with Red Oreo from the Upside Down!”

Commenting on the conceptualization, Rajdeepak Das, chief executive officer and chief creative officer – South Asia, Leo Burnett said “It’s an amazing opportunity which brings together two iconic brands –Netflix and Oreo. For the first time, these powerful brands come together to create a magical experience for the audiences – turning the Oreo cookie red under the influence of Stranger Things.”

With many more exciting elements waiting to be revealed as part of the 360-degree roll-out, the campaign has proved itself to be the perfect wedge between the real and the reel world brought alive by Oreo Red Velvet. Priced at Rs 20 and Rs 40, ‘Oreo Red Velvet’ will be available across all trade channels. 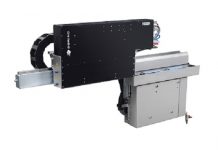 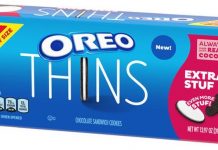 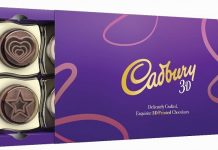