Entrusting its consumers with the quality and safety aspects of packaged foods, Mother Dairy announced a new campaign – #PaneerPackedHaiTohSafeHai. The new campaign focuses on encouraging consumers to opt for packaged paneer over some loose paneer options given the latter’s uncertainty. The month-long campaign, kick-starting from 31 August 2020, will be showcased over the digital and radio mediums, including the Brand’s social media pages.

Mother Dairy said the campaign titled #PaneerPackedHaiTohSafeHai is a sincere effort to give a fillip to the packaged paneer category and instil the habit of preferring packaged paneer over some loose paneer among consumers. Paneer, also regarded as cottage cheese, has been traditionally used in Indian cuisines – both main courses and snacks. It is also a good source of protein, calcium, and healthy fats. To engage and emphasize the subject, the brand has associated with veteran artist Neena Gupta to take ahead the masses’ messages.

Talking about the initiative, Sanjay Sharma, business head – Dairy Products, Mother Dairy, said, “Given the prevailing dynamic situation, food safety and hygiene is of utmost importance. Paneer has a long association with Indian cuisine and is well regarded for its nutritive values. However, good nutrition is a parallel outcome when food safety and hygienic manufacturing practices are taken into consideration. Amid the current situation, preference for packaged food has seen significant growth and as one of the leading players of the category, we realized that there is a need to create awareness for consuming packaged paneer which is safe and hygienic.”

The brand releases a video wherein the actor Neena Gupta is conveying the importance of preferring packaged paneer over some loose paneer options available in the market. In the minute-long video, she is seen talking about how we prefer packaged options when it comes to daily-used groceries, then why not paneer. Subsequently, she stresses that some loose paneer could be subjected to malpractices leading to contamination of the product, which is not suitable for our health. In her messaging, she also conveys why she prefers Mother Dairy’s packaged paneer as it is crafted with naturally sourced food protectant and hygienically packaged (vacuum packaging) to keep natural aroma, freshness, and micronutrients of paneer intact.

Sharma added, “With the videos and radio spots, we wish to communicate that Mother Dairy paneer is approved by moms.”

Mother Dairy currently offers two variants of hygienically packed paneer variants – Classic Paneer (Green pack) and Ultimate Paneer (Red pack) and is available at its exclusive network of over 1800 booths in the Delhi NCR region. In addition, consumers can also opt for these offerings at their nearest general trade outlet, modern retail store, or their preferred eCommerce portal. 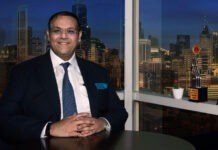 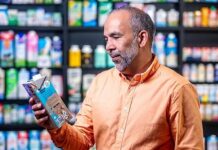 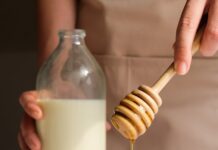