The steep decline in exports that began over the past few months is expected to stay due to the low volume of stocks. New technology to reduce pesticides in production is the only hope for now.

India is one of the largest producers of cumin in the world, the second most popular spice after black pepper. India produces about 70% of the world’s total cumin and exports around 30-35% of the production.

Since a major part of the world depends on India for its cumin supply, a shortage is set to shoot up prices globally. China imposing mandatory residue-free shipments also comes as a major hit on cumin exports.

Weak exports in the past months

Devendra Patel, the chairman of FISS, told the Hindu BusinessLine that India’s cumin shipments have slowed down significantly in the last three months by almost 45,000 tonnes.

There was a sharp decline in the shipments during October, November, and December due to new restrictions imposed by China on pesticide residue in imported cumin. The price rise is also one of the major reasons that have led to reduced exports.

A decline in the production of cumin

A sharp decline in cumin production has also led to supply shortages and a rise in prices. India produces 70% of the world’s total cumin and exports a major part of it.

The main states where cumin production occurs are Gujarat and Rajasthan, but the states produced 37% less in the 2022 fiscal year as compared to previous years. The unfavorable climate is one of the reasons for the decline in the production of cumin.

Reason for the sharp decline in cumin exports

The other significant reason is the low production rate of cumin and the subsequent price rise. It has forced India’s major buyers like Bangladesh to turn to Afghanistan to fulfill its cumin demand.

India produces residue-free cumin, mainly in the arid regions of Rajasthan. The integrated pest management program (IPM) of the South Asia Biotechnology Centre has the potential to make cumin residue-free.

The statement of the founder director of SABC, Bhagirath Chaudhary, as published in The Hindu BusinessLine said that smallholder farmers also depend on IPM to produce cumin according to international standards, quality, and safety norms.

Demand is picking up slowly, and there is still hope for bringing cumin exports back on track. The past few days have seen deals happening, and experts say demand and shipments may resume from June onwards. New buying demands bring hope for cumin, but low production is a concern. 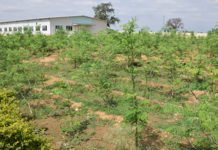