India’s producer of specialty coffee- Tata Coffee (TCL) recently won the ‘Sustainable Agriculture Award’ at the Federation of Indian Chamber of Commerce and Industry (FICCI) Agriculture Summit and Awards 2021. The company was recognized for its soil and water conservation initiatives undertaken at its plantations and instant coffee plants.

Kiran Ganapathy (head of Plantations -Operations) and Samir Palsule (head -Business Excellence) received the award on behalf of the company from members of the FICCI Agriculture Committee. The award was granted under the ‘Large Corporate’ category and TCL was conferred the award for significant on-ground interventions in sustainable agriculture development. The entries were shortlisted and evaluated based on the agricultural challenges faced, the initiatives to mitigate such challenges, the outcome, and impact of the practices, its scalability, and ways to extend the program to benefit small farmers.

The Agri summit brought key stakeholders and policymakers on a common platform to ideate an implementable strategy for smart and sustainable agriculture. It was attended by CEOs and business heads of the agri and food industry, policymakers, multilateral and bilateral institutions, NGOs, academicians, researchers, embassies, financial institutions, and development organizations who discussed and recommended practical pathways for the promotion and adoption of the best sustainable agriculture practices on a large scale.

Chacko Thomas, managing director, and chief executive officer, Tata Coffee speaking on the award said, “Tata Coffee is honored to be recognized for its commitment to sustainable agricultural practices, and soil and water conservation are a key part of our sustainability strategy. We have adopted scientific ways to conserve water to store excess run-off from the rainwater, in healthy catchment areas. As a result, we now have 274 tanks with a storage capacity of 3.4 million cubic meters. This model has ensured that our irrigation is 95% self-reliant and no groundwater is ever exploited. Over the last few years, we have also successfully enhanced the soil fertility in the estates, through regular application of organic compost into the soil. Few other initiatives undertaken towards soil conservation include – contour planting, intercropping, planting of new trees, and cover crops. We have also carried out several interventions in terms of training programs and awareness campaigns towards adopting improved technologies in all operations.

“We are extremely proud that our efforts are being recognized by such esteemed organizations.”

Tata Coffee [TCL] is a subsidiary of Tata Consumer Products [TCPL], formerly known as, Tata Global Beverages [TGBL]. It is Asia’s largest integrated coffee Company, the second-largest exporter of instant coffee, and the foremost producer of specialty coffee in India. The Company produces between 8,000 – 10,000 million tonnes of shade grown Arabica and Robusta coffee at its estates in South India. Tata Coffee’s estates are certified by three agencies – UTZ, Rainforest Alliance and SA 8000 reaffirming its commitment to the people and the environment.

TCL exports green coffee to countries in Europe, Asia, the Middle East, and North America. The Company is also the largest corporate producer of pepper in India. The Company’s two instant coffee manufacturing facilities in India have a combined installed capacity of 8,400 million tonnes. The Company is the exclusive and sole supplier of premium Arabica roaster beans to Tata Starbucks stores in India. The Company had also launched its coffee brand, ‘Sonnets’, with single-origin specialty Arabica beans, on its eCommerce portal. TCL, through its wholly-owned subsidiary, Tata Coffee Vietnam [TCVCL], had commissioned a state-of-the-art freeze-dried instant coffee manufacturing facility in Vietnam with a capacity of 5,000 million tonnes per annum, which became operational during Q1 FY20. 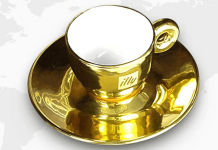