The economic crisis of Sri Lanka results in an upsurge in global demand for Indian orthodox tea. But on the other hand, the tremendous fall in Sri-Lankan tea production has opened new avenues for Indian exporters.

Increasing economic woes in Sri Lanka plus revenue loss from export crops like tea due to wrong policing of shifting to organic tea has directly impacted the tea exports. However, this has given the Indian tea sector hope, believing that this is the right time to gain prominence in Europe and West Asia.

Sri Lanka exports more than 50% of the global tea exports. They acquired these markets from India during the mid-seventies and eighties as Indian exporters focused on exports of CTC teas to Russia.

Causes of the downfall of tea production in Sri Lanka

Sri Lanka’s policy decision to go for organic tea has affected its production and quality. The collapsing economic system due to the trade deficit has caused further problems in the tea plantation sectors.

All units in Sri Lanka are witnessing power cuts for more than 12 to 13 hours a day and do not have enough fuel for the generators. These, combined with the lack of synthetic fertilizers, have affected the production process. The above, plus a decline in local currency and problems with shipments to Russia, its largest buyer, have put the exporters in deep trouble.

Nearly 97-98% of its annual output of more than 300 million kg of produce is exported by Sri Lanka. It accounts for around 50% of the global trade of orthodox tea. In the past few weeks, it has been seen that South India has benefitted mainly due to the shortage of Sri Lankan tea and increased crop prices. The production during February was 20% which is 18kg less than the 22kg manufactured last year.

Lakshmanan Chettiar, an orthodox tea producer from Nilgiris, stated that this scenario could lead to much better days for Indian Exporters in the European, North & South American markets. It is not easy to match the quality of the Sri Lankan Tea. However, the South Indian tea producers with identical topography to the island nation are better positioned to produce tea with similar standards.

Lakshmanan has requested help from the Indian government to enable them to produce tea that matches the standard of Sri Lankan teas.

The government is requested to support the orthodox tea producers by providing adequate and timely fertilizers like urea and potash, which are required to improve output quality.

The total world’s tea export amounts to 585-600 million kg, and Sri Lanka contributes more than 43-46%. However, Sri Lankan produce is expected to drop by 15% due to the current crisis, opening up market space.

Considering the current situation, the South Indian tea manufacturers could use this situation to their advantage. The Ceylon Tea Association has thus requested the higher authorities to prioritize the tea sector to avoid losing their global market share.

How can Indian tea production get boosted?

Total Indian tea production is 114 million kg, and the South Indian Orthodox tea owners account for 45 million kilograms. In India, we have Darjeeling and Assam, which produce the maximum volume of orthodox tea exported.

Sri Lanka is the largest orthodox tea exporter, and the current economic situation has severely affected its production and cost and is likely to continue in 2022. Therefore, the current situation may put India at an advantage, and it can enter Europe and West Asia markets. 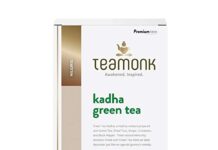