After celebrating real heroism with #PalatDe campaign at Tokyo Olympics 2020, The Coca-Cola Company’s home-grown brand – Thums Up, has now become the first FMCG brand to partner with the Tokyo 2020 Paralympic Games. Through this partnership, Thums Up aims to encourage inclusion and salute the real heroes of Tokyo 2020 who continuously strive to break the glass ceiling despite the challenges and are now representing India at this prestigious global sporting event. The Tokyo 2020 Paralympic Games will be held in Tokyo from 24 August to 5 September 2021.

The Coca-Cola Company has a long history of sponsoring major sporting events around the world. Through an eight-decade association, it is the longest continuous corporate partner of the Olympic Games. This year marks the beginning of the brand’s association with the Paralympic Games. These associations with sporting events underscore the company’s philosophy of endeavoring to be a part of the joyous moments and occasions of its consumers.

Announcing the partnership, Arnab Roy, vice president, and head-Marketing, Coca-Cola India and South West Asia said, “We are extremely proud of this strategic partnership with Tokyo 2020 Paralympic Games and the Paralympic Committee of India, it is our way of standing in solidarity and saluting the sheer grit and determination of these athletes who have come from different walks of life but showcase the same heroism against all odds and challenges. As an extension of the Olympic association, we treat the Paralympians at parity with any other athlete fighting their naysayers and representing India at this global sporting event.”

Speaking about the partnership, Dr (hc) Deepa Malik, Padma Shri, Khel Ratna, Arjuna awardee, the first Indian woman to win a medal at the Paralympic Games and president – Paralympic Committee of India, said, “My journey of ‘ability beyond disability’ has been that of breaking stereotypes and myths around disability. The partnership with Thums Up is a step forward in that direction. This year, India is sending the largest-ever contingent to the Tokyo 2020 Paralympic Games, and all 54 athletes have a unique story of resilience and defying all odds and social taboos. I am very hopeful that we are going to create history this time. Brands like Thums Up are coming forward to provide a platform for our Paralympians to tell their stories and provide the nation a chance to celebrate their journey and uplift their spirits. Thums Up is walking the talk by instilling values of diversity and inclusion through this association with our athletes, treating them at parity with the Olympians.”

Paying homage to the arduous journey of the athletes and saluting their sporting excellence, Thums Up will also be unveiling a high decibel marketing campaign. The campaign includes a series of videos and other related visuals for digital and social media to keep the audiences connected with the Tokyo 2020 Paralympic Games and the Indian athletes. The campaign will feature 6 athletes including Mariyappan Thangavelu (High jump), Sakina Khatun (Powerlifting), Suyash Yadav (Swimming), Navdeep (Javelin throw), Sumit Antil (Javelin throw), and Avani Lekhara (Shooting). The video campaign effectively brings out the undying resilience of these athletes and their strength to persevere in the face of challenges. Battling everyday odds, the protagonists are seen wearing the ‘taunts’ they received every day from people, on their T-shirts against the backdrop of the inspirational tagline – #TaanePalatDe. The motivating tone of the film perfectly complements Thums Up’s brand message of ‘real heroism’.

Sukesh Nayak, chief creative officer, Ogilvy India said, “#TaanePalatDe is our ode to the heroes of Team India who have overcome all odds to represent India at the Tokyo 2020 Paralympic Games in Japan. With this campaign, we are saluting their courage to #PalatDe all the naysayers who had only one thing to give them, taanas (that is taunts).”

Coca-Cola in India is one of the country’s beverage companies, offering a range of beverage options to consumers. Since its re-entry in 1993, the company has been refreshing consumers with its beverage products – Coca-Cola, Coca-Cola No Sugar, Diet Coke, Thums Up, Thums Up Charged, Thums Up Charged No Sugar, Fanta, Limca, Sprite, Sprite Zero, Maaza, VIO flavored milk, Minute Maid range of juices, Minute Maid Smoothie and Minute Maid Vitingo, Georgia range of hot and cold tea and coffee options, Aquarius and Aquarius Glucocharge, Schweppes, smartwater, Kinley and Bonaqua packaged drinking water and Kinley Club Soda. The company along with its owned bottling operation and other bottling partners, through a strong network of over 2.6 million retail outlets, touches the lives of millions of consumers, at a rate of more than 500 servings per second. Its brands are some of the most preferred and most sold beverages in the country, with Thums Up and Sprite being the top two selling sparkling beverages. 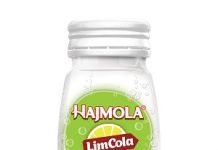 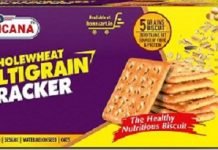 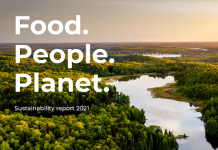