Pre-monsoon rain has proved to be the savior for coffee growers. Robusta crop will take a hit and may ease concerns among the growers.

Coffee, the name itself, has the power to relieve stress. But then, imagine the power when it is being sipped. The majority of the population who are fond of coffee never goes into depth about how strenuous is its farming and what’s role rainfall plays in its production. The role of the pre-monsoon showers is massive. This shower occurring during March-April, also known as the blossom shower, effectively triggers the flowering of the coffee plants.

The state of Karnataka is known to be one of the largest coffee-producing states accounting for nearly 70% of the country’s output. This region is enjoying blossom showers that have never been occurred in the past 3-4 years. After an erratic start, major coffee-growing regions like Karnataka and Kerala have started receiving pre-monsoon rain that has eased the growers’ concerns.

After 3-4 years, we have received the rain at the right time this year. As a result, most coffee blossoms have come out and are looking good now,” said N Ramanathan, chairman of Karnataka Planters Associations. So far this year, the pre-monsoon showers have been patchy across the main Robusta coffee-producing regions of Karnataka and Kerala, like Kodagu, Chikmagalur, Hassan, and Wayanad. Over the past 8-10 days, these areas have been experiencing good showers and are still expected to have more rain, thereby helping in yielding good crops for the year 2022-23.

Pre-monsoon showers’ timely arrival from late February till mid of March is crucial for Robusta coffee floral buds to get blossoms. But, in the case of Arabica, the growing area must receive rains ideally by mid of April. The blossoms showers that usually get backed by another spell of rain after a fortnight are called backing showers. This plays an essential role in setting up crops.

“While, this year, when the rain has started at an ideal time, some areas in Kodagu have still received insufficient rainfall. Due to which approx. 70-75% of the growers are satisfied with the rain, while 15% are sad about not receiving rain, and the rest 10% are fine with small to medium rain,” said N Bose Mandanna, a large grower in Suntikoppa. Moreover, the pre-monsoon rains or blossom showers have given total satisfaction to the Robusta growers but have created significant concern for Arabica farming.

While the rains have been poor in Kodagu and certain other districts, this forced the growers to take up the irrigation and use the sprinklers, ensuring that the flower buds could blossom quickly. These measures to create water resources have helped the planters a lot. 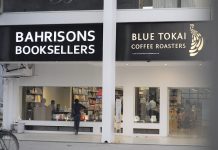 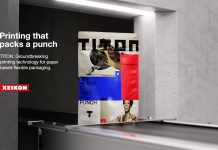 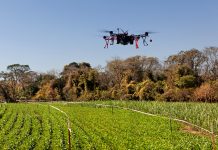