Avoidance of alcohol is becoming the norm for a growing minority of consumers around the world. While this trend is seen across all age groups, it is most apparent in Gen Z, with as many as a thirds of consumers aged 18-25 now saying that they never consume alcohol.

This trend is creating an entirely new sub-category within the alcoholic drinks market. Younger consumers appear reluctant to turn their backs on either the taste or sophistication of beer, wine and spirits in favor of traditional soft drinks. As a result, alcohol-free choices are flooding the shelves.

According to a new report from Innova Market Insights, four percent of all the beers and spirits launched globally in 2021 contained no alcohol at all, rising to seven percent among flavored alcoholic beverages (FABs). Launch numbers in each of these areas have grown at CAGRs of 20-40% over the past five years.

Gen Z calls for no alcohol

It is not all about a ‘no alcohol’ positioning, however, as launches of low-alcohol drinks such as hard seltzers are growing twice as fast. The soft drinks giants have even been exploring this area in partnership with alcohol companies. For example, Coca-Cola (with Molson Coors) already offers the Topo Chico hard seltzers brand, while PepsiCo (with the Boston Beer Co) is ready to roll out Hard Mtn Dew in early 2022. PepsiCo has also applied for a trademark that suggests an alcoholic version of Rockstar could be on the cards.

Whether it is in alcohol reduction or its complete removal, the industry is recognizing that alcohol-shy youngsters are the target audience of tomorrow. Adjusting to their needs is a major focus for right now. 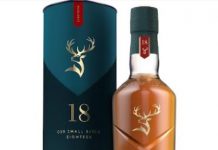 Glenfiddich takes signature 18-Year-Old expression to the next level 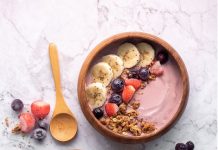 Kurkure & Masaba Gupta add an element of ‘Chatpatapan’ to this...