As the economic crisis in Sri Lanka continues to brew, the biggest exporter of orthodox tea in the world is all set to rage over Sri Lanka. Meanwhile, Indian tea producers scramble to seize the market.

The widest tea-growing company, McLeod Russel India, is expecting tons of orders from the island nation from July. According to McLeod Russel’s director, Azam Monem, an excellent opportunity is expected to be coming for everyone across India, and McLeod Russel is perfectly positioned because the capacity for orthodox exists there.

Mounting economic woes in Sri Lanka may offer opportunities for all the Indian exporters of tea as the island nation is all set to encounter a significant decrement in its shipments and productions in the current year, according to experts and stakeholders.

About 300 million kg of tea is produced by Sri Lanka yearly. The nation exports about 97-98% of its yearly output, according to the vice president of ICRA, Kaushik Das. Sri Lanka accounts for about 50% orthodox tea trade globally, and the beverage is exported to mostly the Asian nations like the UAE, Iran, and Iraq, and North African destinations such as Libya, Turkey, and Russia.

Orthodox tea is referred to the loose-leaf tea made by making use of traditional methods like withering, plucking, during, fermentation/oxidation, and rolling.

With the economic crisis rising in Sri Lanka, the tea factories of the nation are struggling to run their operations, as per the South Indian Tea Exporters Association Chairman, Dipak Shah. Almost every unit in the island nation is encountering power cut for about 12 to 13 hours per day and is running out of fuel to run its generators. This disruption in the production process results in quality declination. Also, the country is witnessing less rain, and about 20 to 25% of production can fall in Sri Lanka.

It can bring better days for the Indian exporters, especially if the trade with Russia improves with a rupee-ruble payment strategy. The Association Chairman of Indian Tea Exporters, Anshuman Kanoria, has said that the industry is estimating that Sri Lanka’s crop may decrease by about 15% in 2022 because of the poor economic condition.

The scarcity of diesel, fertilizers and several other making inputs will impact the output as well. International buyers who need Sri Lankan tea pay more prices as the tea from the nation has become expensive by about 10 to 20%.

Both Sri Lankan and Indian orthodox teas are famous in Russia, and the dependence of India on the country for tea export is crucial.

South India has already benefitted in the last 3-weeks because of a shortage of Sri Lankan tea and increased prices. A short-term benefit exists, but international packers will not replace the tea variety with South India so quickly. Several other producers of the variety include Indonesia, Vietnam, and China.

China itself consumes a lot and thus hardly exports orthodox tea. About 110 million Kg of orthodox tea is produced by India, and about 90% is exported by it. However, India usually has a lower priority for exports compared to the high demand of the Sri Lankan variety.

Sri Lanka’s misfortune does not immediately translate to immense benefits for India because the crop of Sri Lanka possesses unique characteristics. The orthodox tea of Sri Lanka has historically attracted higher prices compared to Assam in several cases. The international buyers are purchasing what they need to keep their blend composition intact. 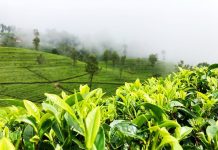 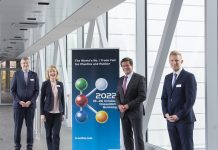 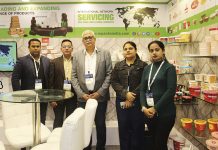