At its main Swiss site in Uzwil, Bühler is investing in reducing its CO2 emissions. To this end, the company is building a test center together with its Belgian partner Vyncke for recovering energy from biomass generated by Bühler’s application and training centers at the site. The facility will also be used for demonstration and testing purposes with customers and for further development of integrated energy efficiency solutions. “The Bühler-Vyncke test center is an important step for us in implementing our sustainability goals and is intended to serve as an example for energy recovery options in food and feed production,” says Johannes Wick, chief executive officer Business Grains and Food at Bühler.

In Uzwil, Bühler operates a large number of application and training centers, where the company develops and tests new processes and recipes for end products together with its customers – for grinding grains and cocoa, for example, to produce pasta, cereals, chocolate, feed, and meat substitutes from pulses. In addition, there is an experimental bakery and a school mill. All of these facilities produce about 550 tons of biomass annually.

Bühler and its partner company Vyncke now want to use this biomass, which includes, for example, rice husks and cocoa shells, to generate CO2-neutral energy. Vyncke specializes in converting biomass and industrial waste into clean energy and has been a strategic partner of Bühler since last year. Since biomass – unlike fossil fuels such as coal or oil – would release the stored CO2 anyway when it rots or decays, thermal utilization is recognized as CO2-neutral. The plant, which is now being projected and is scheduled to go into operation in 2023, will become a cornerstone of heating energy at the Uzwil site and thus contribute to a significant reduction in the CO2 footprint. Together with other measures already implemented at the site – such as the switch to wood pellets – this test plant will reduce CO2 emissions for heating energy by over 60% (reference year 2015).

Making optimum use of side streams

Worldwide, food production of wheat, rice, soy, corn, and cocoa, for example, generates more than one billion metric tons of side streams. In many cases, these are used as an ingredient in animal feed or are used as a source of energy; some rot unused or have to be transported halfway around the globe for recycling. “How these byproduct streams can be used most appropriately must be analyzed and determined on a case-by-case basis,” Wick says. “What is clear, however, is that energy generation from biomass as an integrated part of process solutions for food has not been systematically developed and therefore has an enormously high potential, both from a business and sustainability perspective.” The partners Vyncke and Bühler want to tap this potential.

In order to objectify the findings of the test plant, the project is being scientifically supported by the Swiss Federal Laboratories for Materials Testing and Research EMPA. Among other things, it will be investigated whether the boiler ash can be reused. Depending on the product that is burned, the ash could be a good basis for fertilizer or used in building material production. “The more completely we can use the ingredients of the side streams, the more we will move toward a closed-loop economy with less waste and optimal energy yield,” Wick says. 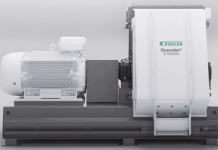 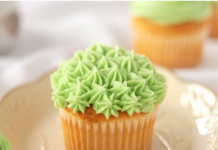 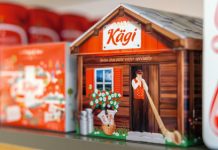 Bühler’s helping hand to Kägi for building a smart factory