The Indian potato is facing a glut in some states and a shortage in others while the release of stocks from cold storage can depress prices. Indian potato prices wholesale which dropped by Rs 4 to 5 over the last fortnight are likely to decline further. The situation is particularly adverse for farmers and cold storage operators in West Bengal where the state government has halted the release of stored produce. Cold storage operators generally contract to keep potatoes till 30 November each year. While the cost for storage is arrived keeping end-November in mind, the state extends the date depending on the supply situation.

The festival season this year faced a short supply of workers at the cold storages and this added to the usual upsurge in prices due to increased demand. Meanwhile, the state government requested the farmers to release the entire potato inventory in cold storage by the end of November. According to the West Bengal cold storage association, this crashed potato prices over the past fortnight by Rs 4 to 5. About 23 to 24% of the potato inventory is still in cold storage compared with the 20% which is normal at this time of year. At the current rate of supply 20% will remain in storage compared to the 13 or 14% that is normal at the end of the month.

The fear is that if more potatoes are released from cold storage in the next two weeks, there will be an increase in spoilage in the market and prices will crash further. West Bengal is the largest producer of potatoes in the country with over 4.6 lakh hectares under cultivation of the crop. While this year’s production is 16% higher than last year at 110 lakh tons the total cold storage capacity for this crop in the state is 71 lakh tons.

In Uttar Pradesh, another significant potato cultivation state, the price has dropped to Rs 8 to 10 a kilogram with 10 to 12% of the stock remaining in cold storage. There is a steady demand for potato crops around the country as excessive rains in the south have damaged the crop. Essentially, the West Bengal Cold Storage Association is asking the government to allow the slower and extended-release of the stock in inventory – both to maintain remunerative prices and supplies to areas where planting has been delayed by the excessive rainfall in recent weeks. 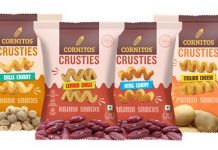 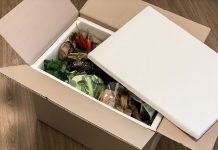 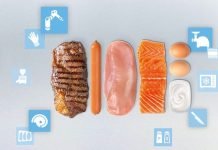