For many of us, it was our first childhood lesson in culinary circularity — Seeing how, when the cookie baking season was finally here again, scraps of leftover dough from the cutting were re-rolled and added to the fresh dough to make a new batch. Doing the same with homemade pasta is a bit more tricky, which is why smart Italian grandmothers invented maltagliati, but with a little water, olive oil, and effort, it is certainly possible.

When making the plastic films used for keeping cookies, pasta, and many other products fresh and clean, things are less easy. The process generates a lot of similar scrap, but as a team of experts from Clariant’s Business Unit Additives learned when working with a global film manufacturer, only a fraction can be reused for production. To change this, they created AddWorks PKG 906 Circle – a special polymer stabilizer that substantially boosts the rate of scrap reused in polyolefin films.

Most plastic films are made by melting down pellets of polyethylene (PE) or polypropylene (PP) resin and casting or blowing them into large sheets and tubes, or using a special process to make biaxially oriented PP, or BOPP, films. Certain of the machines used resemble huge pasta rollers, and manufacturing waste collects when films are slit and trimmed, or when production startups, shutdowns, and changeovers create leftovers and off-spec material.

The global filmmaker was already grinding up and reusing some of this scrap – both for the sake of sustainability and costs. Yet even particularly picky cookie and pasta makers warn that re-rolling dough affects texture and quality. And when making plastic films, these issues are even more severe.

The problem is that the leftovers have already been baked during production, which degrades the polymer chains and networks they consist of. Add too much of this post-manufacturing waste to virgin resin, and the mixture will no longer flow properly. It can also develop gel streaks, black spots or break at high line speeds, and have a yellow tinge in the final product.

AddWorks PKG 906 Circle minimizes these effects. Building on an existing solution from the AddWorks range, Clariant said its additive experts created a polymer stabilizer that allows reintroducing reground scrap at a rate of 20% and higher into virgin PP and PE resins without notable loss in quality or process efficiency. The stabilizer additive consists of free-flowing white granules that are approved for food contact – and virtually as simple to add to scrap as a sprinkle of flour to the re-rolled dough.

Like human cells, polymers are damaged when they form free radicals under heat, stress, and oxidation – and AddWorks PKG 906 Circle catches these radicals and prevents certain chemical alterations in other ways. An addition of 0.1 to 0.2% of our stabilizer additive can be enough to reduce the risk of gels, spots, and breakage significantly, maintain high line speeds and obtain clear, untained product in the end. In our tests, this even worked at scrap contents of up to 30%, and the additive also proved better at ensuring a good melt flow of BOPP resins than similar products.

According to Clariant, while being particularly suited for BOPP films, AddWorks PKG 906 Circle also works with the cast and blown film and can easily be dosed to fit different scrap rates and resin qualities. It allows filmmakers to substantially reduce waste and use of virgin resin and cut costs without compromising quality. Due to these benefits, the product is specially featured in our EcoCircle initiative, with which we support the shift to a circular plastics economy and is the first to carry our “Circle” designator, indicating advantages for reuse and recycling.

Clariant said it is anything but a cookie-cutter solution – and so good for reusing scraps that it would even make Italian grandmothers proud.

Note: The performance of a product depends on the conditions of use. Users should always determine the suitability of a product for its particular application before use. 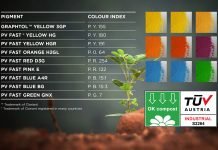 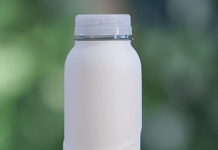 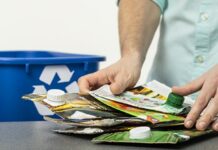