The government, however, paints a brighter picture. Chief economic adviser V Anantha Nageswaran told reporters that the Indian economy’s performance in the last quarter actually shows that it has maintained its momentum and that we are on track to grow by 6.8-7% in the current financial year. The IMF has projected the Indian economy to grow at 6.8% while the Reserve Bank of India’s estimates put it at 7%.

Economists also paint an optimistic picture. Business daily The Mint has quoted Aditi Nayar, Chief Economist at ICRA, as saying, “The Q2 FY2023 GDP growth of 6.3% was similar to our estimate of 6.5%, even as the GVA rise of 5.6% trailed our forecast (6.3%) by a wide margin, led by an unexpected contraction in manufacturing that seems to reflect the impact of high input prices on margins in certain sectors.” A few others spoke along similar lines.

A day before, on 29 November, Business Line quoted two reports – one by Nielsen IQ and another by BNP Paribas – on the growth pattern and new launches by FMCG companies. The Nielsen report says a few FMCG categories saw new launches in the quarter ending September compared to a year ago in the same period even as companies introduced new pack sizes amid inflationary pressures to make their products more accessible. Several new launches came from biggies such as Tata Consumer Products, Dabur India, and Britannia Industries.

A primary inference that can be drawn from these reports is that it may spell good news for the packaging industry, which looks forward to a turnaround of the economy after the Covid disruption. The good responses and positive discussions at the Elite Conference in Mumbai, K2022 in Düsseldorf, and then again at the LabelExpo 2022 in Greater Noida certainly point to this optimism as we suggested in our last editorial even though raw material supplies and prices could be a bottleneck.

Another report by Exactitude Consultancy, the market research and consulting wing of Ameliorate Digital Consultancy, says the Asia-Pacific, especially India and China, will lead the packaging market buoyed by rising economic value, and the rate of industrialization expansion. Another factor, as the report says, is that consumers now value packaging that is lightweight and effective because they are more cognizant of food safety. “The demand for flexible plastic packaging has increased in India due to the country’s growing understanding of the advantages of recycling and bioplastics,” the Exactitude report says. “Key market drivers will be the abundance of raw materials and the quickening pace of technical development in the flexible plastic packaging industry.”

Going on to a third report, India’s organized paper packaging, Crisil says, is likely to sustain its growth momentum, with revenue at 14-16% higher this fiscal after about a 35% growth in fiscal 2022, which was on a low base created in fiscal 2021 by the pandemic.

But even if we take all the estimates with a pinch of salt, one cannot discount the positive projections and optimism, (with the normal dose of caution), about the packaging industry in general expressed by most participants at LabelExpo 2022 and other events. And only hope that the usual bumps in the economy do not become cataclysmic disruptions. 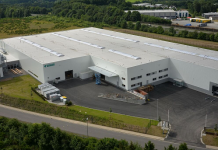 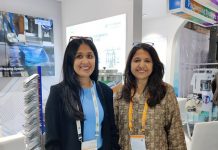 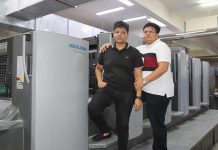