Now that the new year is barely a few weeks away, Bikano, India’s snack and packaged food maker, has launched Peanut Ball, another offering from its stables. In a development that symbolizes bidding farewell to the current year and welcoming the new year, the ‘master chef’ of India’s traditional snacks has come up with this delectable peanut-based snack option.

A few weeks after the launch of its multi-grain chips, Bikano has again thrown up an appetizing snack for its patrons. “Taste lies at the core of what a foodie wants. By improvising the humble peanut into Peanut Ball as one of the crunchiest and tastiest peanut-based snacks, we wanted the snack lover to really relish and feel the crunchiness with every bite that he/she takes. At the same time, the spiciness of it would give an instant punch and impact of eating something extraordinary to those eating it,” said Manish Agarwal, director, Bikano Group.

“In India, eating moongphalee or peanuts has been a cultural thing. Not only do we eat peanuts during the evening hours for a light snack, we often discuss several day-to-day matters with relatives, friends, and colleagues while peeling off peanuts and tossing those little nuts into our mouths. The sheer crunchiness of those little balls in their mouths can trigger a thousand thoughts in any person engaged in a serious discussion. To that extent, the carefully prepared Peanut Ball literally turns out to be your food for thought. Moreover, it is also an inexpensive food that nearly everyone can afford, a palmful of it at least. Realizing the popularity of peanuts, we have made sure that it has been priced reasonably and made available across all channels and platforms of the company,” further added Agarwal.

With a view to ensure its widest possible availability, Peanut Ball has been stocked across the company’s general and modern trade network.

Established back in 1950, Bikano is one of the foremost packaged snacks brands in the country. Tapping traditionally rich Indian culinary heritage and by way of its unique and signature offerings, it has come to occupy a permanent presence among consumers. What began as “Bikaner Namkeen Bhandar,” a modest tuck shop in Chandni Chowk, has turned into a sweets and savories brand. Today, it has presence in over 35 countries, including the UK, US, Canada, Australia, New Zealand, Asia, Middle East, Africa, and the Indian sub-continent. Within the country, too, through a well-established distribution network, it maintains its presence at retail, modern trade, national and international stores, airports, railways, government stores, military, and police canteens and institutions.

Today, Bikano boasts of 5 major production facilities across New Delhi, Greater Noida, and Rajasthan. Deploying technology to the fullest, Bikano products are packed under ambient conditions through an application called MAP (Modified Atmosphere Packaging). Bikano has been awarded ISO 9001:2000 by UL India while also being recognized as an HACCP and SQF 2000 CM-certified organization. Its quality standards are also in accordance with the FDA’s as well as Australia’s and New Zealand’s regulations.

With a rise in demand for ready-to-eat food, Bikano has also ventured into the RTE segment. 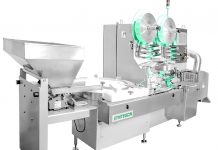 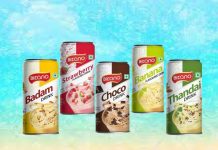 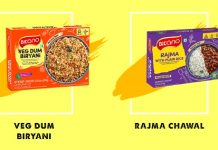