Apart from the big six to ten organized players with regional or country-wide marketing, thousands of bakeries and halwai shops produce biscuits and cookies. One report says the cookie segment makes up about 30% of this industry in value and is faster growing.

Mrs Bectors Food Specialties manufactures a range of biscuits under its flagship brand ‘Mrs. Bector’s Cremica’ while it makes other savory and sweet bakery products under the ‘English Oven’ brand. Mrs Bectors has a reported market share of 4.5%, which puts it at number five in our list of the top six – behind Parle, Britannia, Surya Agro, Unibic, and just above Mondelez, whose market share is about 2%.

On subsequent days the share went as high as Rs 624 after coming back down to 521.35 at the close of business on 29 December 2020. Various investment advisors have suggested that short-term investors should book profits on at least half of their holding. In contrast, long term investors are advised to stay invested since the industry is growing, especially in the premium segment where Mrs Bectors is planning to play.

The country’s biscuit and cookie manufacturers also export almost US$ 1 billion of product, and this could be another area where Mrs. Bectors could score. One investment expert finds Mrs Bectors uniquely positioned in biscuit exports with approximately 12% share of the Indian biscuit export market. It is claimed that the company contributes more than 50% of biscuit exports by value.

If the company is going to join the biggies above it, the real issue is execution. If the company can do what it is claiming with the money it has raised, it could justify holding on to what could become a blockbuster share. However, according to a food and snack industry expert, the challenge is to premiumize its biscuit production and branding with scale. 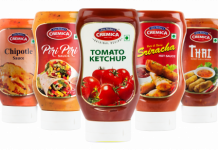 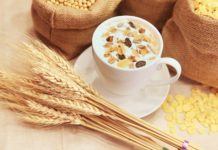 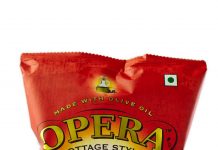