GEA will launch the redesigned vertical packaging machine GEA SmartPacker TwinTube at Pack Expo at its booth LS-5905 in Las Vegas, USA from 23 to 25 September 2019. The entire machine was redesigned as a future-proof modular system with increased functional efficiency promoting higher operational uptime and ease of use, the company said in a press statement.

Established in 1881, GEA is a technology supplier for food processing and a wide range of other industries. The global group specializes in machinery, plants, as well as process technology and component.

The SmartPacker TwinTube is said to be a continuous motion vertical machine, suitable for packaging small-sized, food products such as candy, nuts and dried fruits and other on-the-go products in pillow bags of different sizes. The machine is said to be a part of a complete packaging process with upstream and downstream equipment operating in a dry manufacturing unit. It operates with two parallel forming tubes, claims to achieve combined speeds of up to 500 bags per minute (weighing 10 to 18 grams each). As per the company press note, it is also possible to run a different film reel for each tube, meaning calorie packs of different widths or designs can be simultaneously filled. A new feature to the machine is the Jumbo Roll, which claims to allow film reels of up to 100 kg to be used for long production runs, which boosts operational efficiency.

The new SmartPacker TwinTube is claimed to be equipped with automated web tracking. This means that if the film deviates from its path, due to – for example – variances in the film roll, the feature will correct the direction of the film automatically, without the need of manual adjustment. Ultimately this is said to safeguard the quality of the resulting bags while saving on downtime.

According to the company, the new SmartPacker features a new jaw-closing mechanism, optimized heating unit and a vertical rotational seal unit, promoting robust packing performance and excellent tightness of the pack seals. The jaw closing mechanism claims to offer more than triple sealing force as the previous one and can apply 6000N. This claims to allow using thicker films or films with more diverse characteristics in terms of sealing requirements. Due to the said more stable suspension of the longitudinal seam unit and the reproducible and precise positioning by spindle and ruler, shorter changeover times are possible when switching formats or foils. “With this development, producers will be able to work with more challenging films thus able to give retailers and consumers what they are looking for in terms of bag quality with an even wider range of film materials.” states van de Mortel.

The new GEA TwinTube is optionally equipped with a new, fully integrated GEA TiroLabel unit, which claims to make the machine even more compact on the factory floor. The dedicated labeling unit claims to deliver a speed of up to 180 labels in a minute at a width of 150 mm and achieves millimeter precision during labeling. The label roll claims to have a quick-release operation, which means it can be changed in seconds with minimal downtime.

Comfortable to operate and maintain

The machine claims to feature an innovative open design with double-hinged doors for easy access and see-through panels providing maximum visibility of the sealing area. Full access and easy maintenance are made possible via the machine’s hinged front-plate – to which the sealing arms and vertical seal are attached – and which can be fully opened. This ensures all items requiring maintenance can be easily reached, according to the press statement. 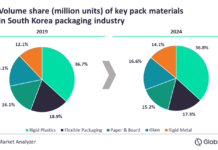 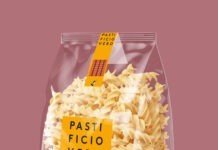 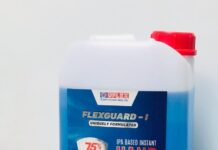