The Authentication Solution Providers’ Association (ASPA), a non-profit organization focused on developing and strengthening building authentication ecosystems in India, announced the appointment of its new governing body members for the period 2021-2023. The new governing body members were elected at its 21st Annual General Meeting, held on 13 July on a virtual platform.

The AGM proceedings started with all the attended members paying tribute to its legends whom the industry lost during the last few months, including U K Gupta, former President and founder of ASPA, Urvinder Singh, CEO, Alpha Lasertek, and Suresh Sati, Founder, Fake Free India. The AGM proceedings were further followed by annual activity reports from the Secretariat and Treasurer and later elections for the new governing body members.

This was the first time that the association election was held online to adhere to COVID-19 protocol. The election officer Shruti Kaushik, IP Attorney (Managing Director, Patentwire), conducted the election process and declared the election results. The elections were held for a five-member committee, and the new appointments for 2021-23 are as follows:

On this occasion, Nakul Pasricha, President of, ASPA said, “ASPA has been instrumental in the development and growth of the authentication ecosystem in the country. I am honored to be re-elected as the President of this distinguished association. I am gratified by the trust and faith all members have shown in me and the new governing body members. I assure them of working to deliver on core objectives of support, education, and advocacy in the development of standards and the promotion of authentication solutions.”

“To amplify the efforts, the new governing body will be preparing vision 2023 to mark ASPA’s 25th anniversary in 2023. Vision 2023 will be dedicated to uplifting the ongoing efforts and preparing the blueprint for the future.”

He further added, “We salute the leaders who have paved the initial way. Now it is our responsibility to make this fight smarter with increased use of digital technologies and more effective by working with various institutions. ASPA has continuously worked towards increasing the awareness quotient. Now is the time to see this translate into positive buying behavior by empowering the consumers and other stakeholders. Our vision for 2023 will embody our strategy towards these targets.”

Manoj Kochar, Vice President, ASPA, shared, “I have huge respect for ASPA and am thrilled to re-join it in a new role in the governing body. Since its inception, ASPA has made huge progress in creating momentum in the fight against fakes in India, and we are committed to strengthening this momentum.”

Almost every industry in India, such as Pharmaceuticals, FMCG, Currency, Tobacco, Alcohol, etc., is victim to the menace of counterfeiting and illicit trade. The country requires a comprehensive, proactive, and holistic counter approach. ASPA as an industry body is aligned to support the government and industries in protecting brands and safeguarding consumer interest. 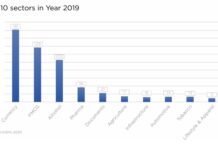 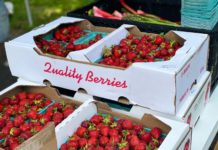 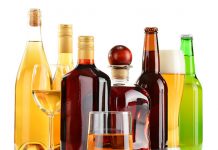