Popular food brands suspend their operations in Russia. The decision was announced on Tuesday, 5 April 2022.

Coca-Cola, McDonald’s, Starbucks, and PepsiCo recently announced that they are stopping their activities in Russia. It is a historic move by renowned brands in protest of the Russian invasion of Ukraine.

The leading food brands had garnered criticism for their lack of action in the ongoing war. Several other US brands had already withdrawn their operations from Russia. The iconic step taken by the companies had been anticipated since the early days of the war.

The leading brands have decades of business relations with Russia. The move came as a blow to the Russian economy, with several companies withdrawing their stakes.

As Pepsi has sixty years of business history with Russia, it continued its business even when it had to trade for Stolichnaya vodka and warships. Russia contributes 4% of PepsiCo’s annual revenue.

McDonald’s began its operations in Russia in 1990 before the collapse of the Soviet Union. The company had reduced its activities in Russia by selling some of its restaurants to local food companies.

Currently, McDonald’s owns 84% of its restaurants in Russia. Other permitted companies handle the rest. McDonald’s faces a greater risk of losing its revenue since it has a greater presence than Starbucks in Russia.

Coke had said that the combined contribution from its business in Ukraine and Russia rounds up to 1% to 2% of its consolidated net operating revenue and operating income in 2021.

Companies statement on the current scenario

Coca-Cola was one of the notable companies that had not responded to Russia’s attack on Ukraine up until Tuesday. On 5 April, Coke released a statement announcing its support for the Ukrainian people.

PepsiCo has suspended its operations in Russia, but it has not completely stopped its work. However, the company clarified that essentials like milk, baby formula, and baby food would continue its production.

PepsiCo also announced that it would halt the sale and promotion of Russia’s 7UP, Mirinda, and Pepsi-Cola brands.

Moreover, McDonald’s temporarily closes all its restaurants in Russia. The fast-food company announced the decision on Tuesday. The company had refrained from commenting on the situation up until the situation.

Starbucks also announced that it would halt all activities in Russia, including shipments. On 1 April, the company heavily criticized Russia’s unwarranted attack on Ukraine.

Historic moves by global companies and their impact

The decision of the global food brands to suspend all activities in Russia is a significant move. Several companies in the US had reduced their activities in Ukraine and Russia after Russia invaded Crimea in 2014.

The impact of suspension will affect the people of Russia and Ukraine in these uncertain circumstances. But taking a stand against injustice is equally important. Many countries went out in support of Ukraine and condemned Russia for its unthoughtful actions. 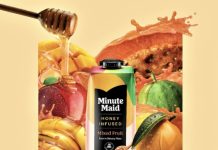 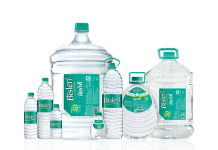 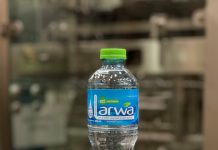 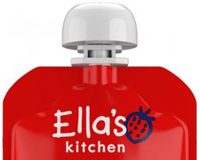