A research paper on the the production of Wagayu beef using 3D modeling by a Japanese collaborative team is featured in Nature Communications, the scientific journal from Springer Nature, published on 24 August 2021. Osaka University, Toppan, Hirosaki University, Kirin Holdings Company, Limited, and Osaka Institute of Technology have successfully produced cultured Wagyu beef consisting of muscle, fat, and blood vessel tissue by using an original tissue modeling technology based on 3D printing that enables the controlled replication of complex tissue structures for cultured meat. The paper also shows that the marbling of Wagyu beef can be replicated using 3D printing.

Nature Communications is an open access journal that publishes research in biology, physics, chemistry, Earth sciences, and all related areas and garners attention from specialists in each field of the natural sciences.

Background to the research

The global population is forecast to exceed 9.7 billion by 2050. It is believed that due to the accompanying increase in food demand as well as the impact of factors such as global climate change, it may not be possible to provide a sufficient supply of food, and the world could be faced with a so-called ‘protein crisis.’ This is prompting heightened anticipation for plant-based protein and cultured meat as alternative protein sources.

Cultured meat uses techniques for producing meat by in vitro cell cultures. Full-scale research has been underway since around 2013. Today the field has moved beyond fundamental research at universities and has seen venture companies entering the business around the world. However, the majority of previously reported cultured meats have had a mince structure consisting only of muscle fiber, and it has been difficult to replicate the complex tissue structures of meat, such as the marbling seen in Wagyu beef.

Social impact of the research results

As the results of this research mean that tailored production of cultured meat in line with the desired structure will be possible, it is believed that it could play a role as a countermeasure to a protein crisis in the future by providing cultured meat that is closer to meat consumed by humans thus far.

Environmental destruction resulting from deforestation for the production of cereal grains needed for livestock farming and ozone depletion caused by cattle’s belching are also cited as issues that need to be addressed. This research can not only contribute to their mitigation, but can also be anticipated to have an energy-saving effect because cultured meat can be produced much faster than the time it takes cattle to grow. Going forward, the development of automated equipment for elements other than 3D printing, including the cultivation process, will make it possible to produce cultured meat in any location and potentially contribute to the achievement of the Sustainable Development Goals (SDGs) by, for example, helping to preserve the environment and resolve food crises.

Overview of the research

Technology was developed to replicate complex Wagyu beef structures by constructing muscle, fat, and blood vessel tissue using 3D printing based on designs of the tissue structure of Wagyu beef.

Almost all previously reported cultured meat has had a mince structure consisting only of muscle fiber, and it has been difficult to replicate the complex tissue structures of meat. In this research, an original tissue modeling technology was developed using 3D printing to produce different types of tissue—muscle, fat, and blood vessel—and integrate them in a way similar to the manufacture of Kintaro-ame (a kind of Japanese candy in which sheets of different color candy are arranged so that when rolled, stretched and sliced, the face of Kintaro, a hero in Japanese folklore, appears on the candy, similar to the technique for ‘rock’ candy in the UK). This has made it possible to create the complex tissue structures of meat in a form aligned to individual characteristics.

Further improvement of the technology will not only make it possible to create complex meat structures, such as the beautiful marbling of Wagyu beef, but also to control the fat and muscle content of cultured meat. If automated equipment can be developed for elements other than 3D printing, including the cultivation process, it will also become possible to produce cultured meat in any location. The results of the research were published on August 24 in Nature Communications.

About the research paper

“The technology from this research was developed to replicate the complex and beautiful marble structure seen in Japan’s world-renowned Wagyu beef. To enable us to use 3D printing technology to stably produce muscle, fat, and blood vessel tissue, it was important to suppress the contraction that occurs during differentiation induction. Focusing on the fact that tendons support muscles in the body, we therefore produced ‘artificial tendon tissue’ using type I collagen, the main constituent of tendons. By then attaching each fibrous tissue to the artificial tendon tissue, it has become possible to stably create the fibrous tissues for production. We hope that cultured Wagyu steak meat becomes a new industry for Japan.” 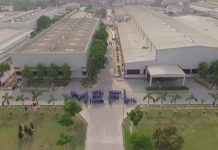 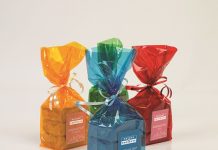 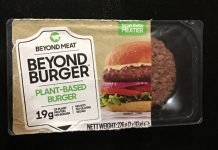 Trying Beyond Meat or the Beyond Burger in Delhi